Field Study and a steeking adventure

My most recent personal knitting has been Field Study, from the Stranded Knits book by Ann Kingstone. I was very privileged to see the sketch for this design in the early book planning stages, and fell in love with the complex colourwork which shifts throughout the jumper and the colour. Rage from Rowan's range Felted Tweed is just my sort of red. I experimented with different background colours, but none worked in as well as the Duck Egg Ann had chosen. I'm not sure how Ann does it, but she does seems to pick on colours that work really well for me!


So Field Study has taken up most of my personal knitting time in recent weeks, and on Sunday I was able to have a steeking adventure. I haven't steeked many projects, but I actually enjoy the process. If you consider how knitting works, it doesn't have to be scary either.

Taking away the fear of cutting your knitting

One of the reasons knitters are wary of cutting knitting. is because of dropped stitches laddering down. The important thing to remember is that you aren't cutting the knitted fabric along the rows or rounds of knitting, so laddering isn't an issue. The cut is made between the columns of stitches.

The second thing is that colourwork is best knitted in yarns with a bit of what I term bite. Shetland yarn traditionally used for Fair Isle patterns is a good example, as well as the Rowan Felted Tweed used for this project. The strands of yarns have a tendency to cling together, even dropped stitches don't ladder easily. They are easier to knit with when stranding the unused yarn at the back of the work, and are less likely to slip and slide pulling the work in. This clinginess also helps when cutting your work, making the cut edge more stable. My first ever steek was in a rather smooth, machine washable sock yarn: I succeeded and learnt a lot from that experience.

Finally, any cut edge will become slightly frayed. However, there is a limit to how far the yarn will unravel from the cut edge of the steek. This isn't just because you reinforce the steek, and reinforcing isn't seen as necessary in some traditional knitting either. The yarn has to work hard to unravel beyond a certain when knitting is cut between stitch columns, especially when the yarn has some bite. One good reason for reinforcement is that it stabilises the edge of the knitting so it is less likely to pull out of shape.

The first task is to set the stitches. Ann recommends using a steam iron at the lowest steam setting. I was taught by my school needlework teacher to use a dry iron and damp muslin cloth for pressing woollen fabrics. It is something I have continued using for knitwear for both setting stitches and occasionally blocking, though I now use a steam iron. My steam iron is rather unpredictable in the amount of steam it produces at the lower steam setting. The damp muslin provides both a protective layer from the heat preventing any risk of scorching and increases the amount of steam. It requires only a light touch from the iron to generate plenty of steam too, and there is no worry about having to keep pressing buttons to generate extra steam. I just keep a bowl of cold water handy to re-wet the muslin between sections.

Having set the stitches, use sharp scissors to cut down the centre of the steek.

I chose to machine sew my steek, using a short machine stitch. Actually, I find this more daunting than the cutting as it is important to set the stitch length close enough so it will stitch through as many strands of yarn as possible, but not so short that the thread knots up at the back. A practice piece is invaluable for testing you have this right.

This morning, after finishing the neckline with a picot edge, I steam blocked the entire garment, again using a muslin cloth between the knitting and iron. This extra steam made it easy to prevent curling and make the picot edges lie flat with very little pressure. It needs to air a while longer before I can wear it, but that won't take long. I still want to purchase some ribbon to cover the steeked edge. It isn't essential, but it can give a lovely finished appearance, as here in my Hedgerow also from Stranded Knits.

Posted by Karen Butler at 07:03 No comments:

So life has moved on and is full and interesting. As well as dyeing yarn, I have been busy tech editing knitting patterns and books.  And this has lead me to publishing my own knitting patterns in the last few weeks.  First up was Ice Cream Socks, short socks ideal for the summer. The pattern is simple and effective, looking just like cones of ice cream. These socks were knitted in my Literally Yarn Merino Sock yarn. 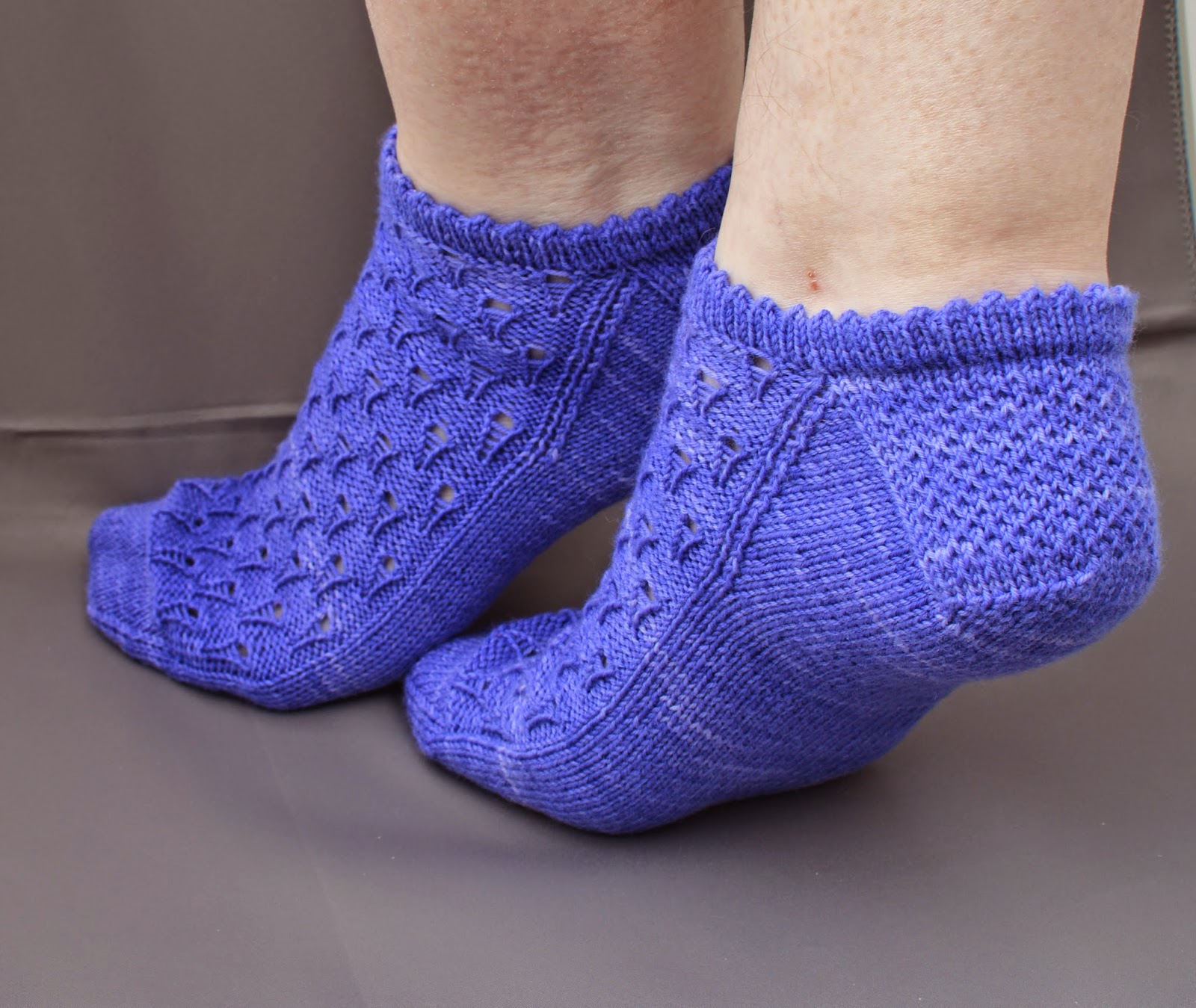 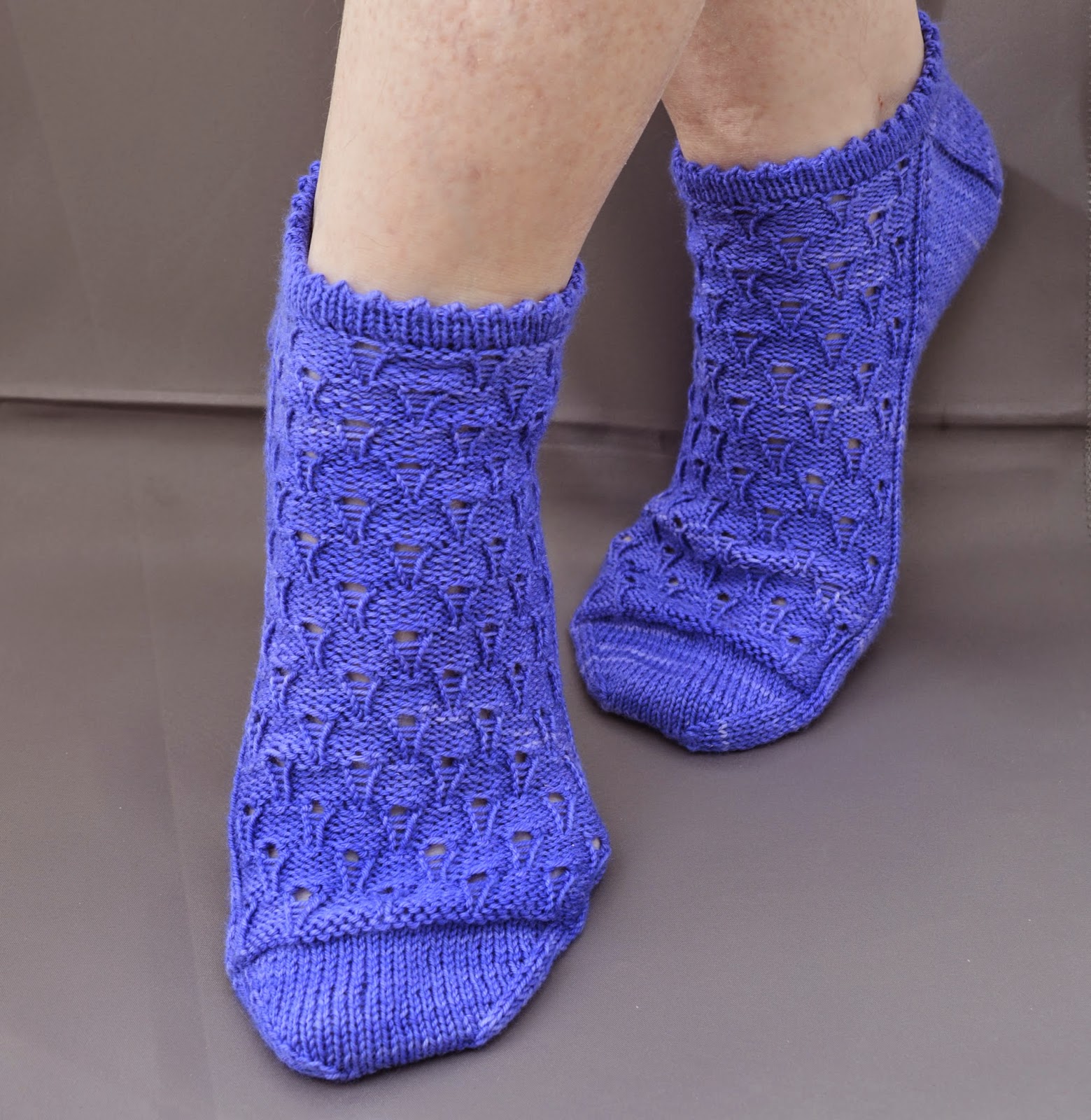 Published just yesterday was my Cascadia Shawl pattern. This is a bottom up shawl with instructions for two sizes. I used my Literally Yarn Subtle Lace yarn for this shawl. 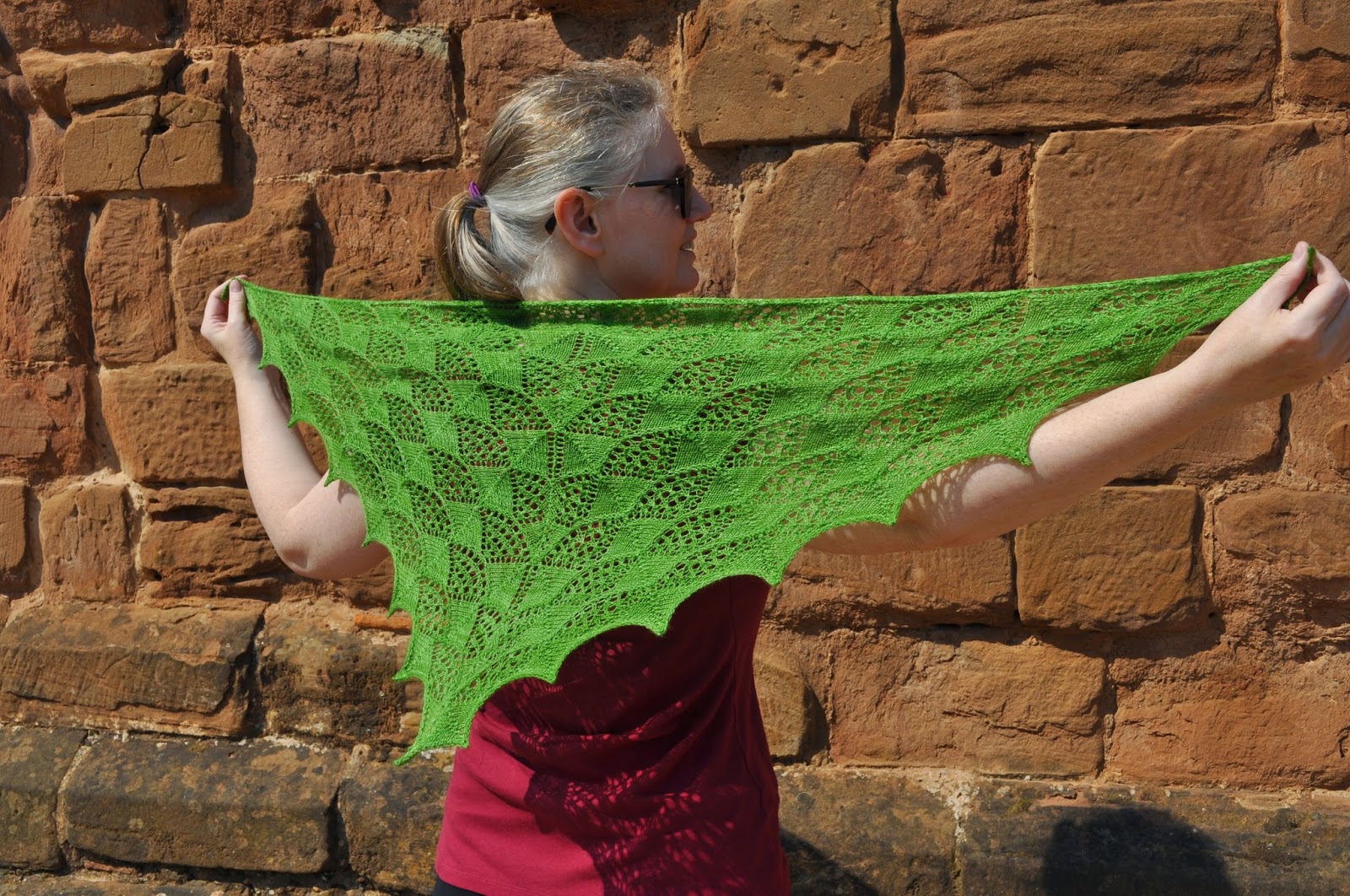 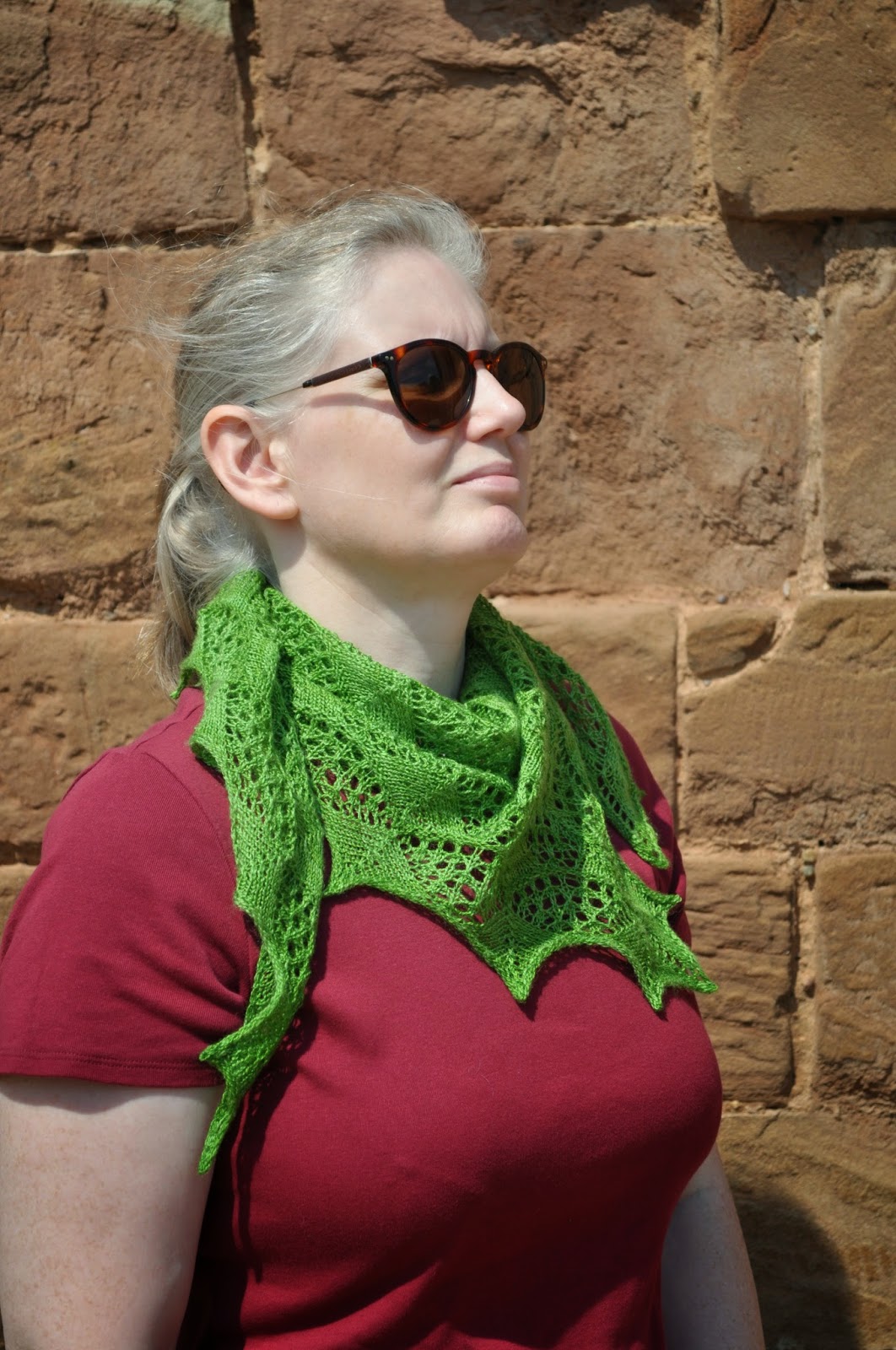 The patterns are both available from Karen Butler Designs on Ravelry.
Posted by Karen Butler at 08:49 No comments:

Hello, and welcome to my Literally Yarn.
I plan to share my love of yarn, colour, dyeing and knitting here.  The above picture is some Beautiful DK, a BFL yarn I hand dyed to produce my favourite colour.  It has since been knitted up to produce a lovely warm cardigan using the Wytham pattern in the Fyberspates Scrumptious book.
Posted by Karen Butler at 10:09 No comments: